Reading around the internet today i came across an article that was one of those you think, about damn time. What was it, well the BBC news site posted an article on “New rules could spell end of throwaway culture” and this got me to thinking. Why has it taken over 40 years for us to come full circle.

The article covers a simple premis, why not design technology to survive and be repairable, so get rid of glue in favor of screws so when something goes wrong you can fix it instead of throw it away. This is a good idea, no more simply throwing the thing in landfil when a component dies rather go and get it fixed. Something we used to do.

No doubt people like apple nokia or google wont like that, instead of a phone lasting the 2 years or so of the contract they might actually have to design something that lasts a decade…

But why did this grab my attention, well its what we use to do back in the 70s and 80s, as we didn’t have much money and technology was new there was no throwing it away you would find some way to fix it, as most if not all things were component based held together with screws and bolts, if your tv broke you didn’t go buy a new one you found a way to fix it, you took it to the telly man down the street or you called someone, they came out with an actual toolkit and a few bits and most of the time one way or the other with glue and tape they got the thing working. It seems that as we entered the 90s onwards we all forgot about this and decided to start making plastic things to just bin.

So why would you be surprised when the environment suffers, if you throw away a load of glass plastic and acid why would you be shocked that the earth suffers (have you seen what happens when you puncture a lithium phone battery).

No people this is what your parents were telling you about, don’t throw it fix it.

Just put this into context, look at the tech in your house you spend literally thousands on all this, you use it for a couple years then you go buy more, what would you do if you knew that thte tv you have would last you 10 or more years, what could you do with that money, if you didnt have to replace it when it went. Most devices are simply designed to fail to make sure you have to buy the next big thing when it comes along, your washer will die after 5 years so you have to go buy a new one, otherwise, like we used to these things would last 20-25 years and be repairable.

So do take a minute to think, if you want our planet (yes this is that big of a problem) to survive until you are in your retirement its time to jump, just a little, onto the green band waggon. Simple things like checking it can be repaired would go a long way, i for one do like to tinker to get it working again… cant do that if its all glued…

There is a large Right To Repair movent going on in the USA congress holding hearings, apple defending its stance, but you have to think is that money not better spent on research? Why pay lawyers courts and the like millions of dollars in fees for their time when all you need to do is shift your thinking, if apple or samsung want to protect the profit margin, yes keep making phones, people will always need to buy one at some point and there will be people who want the latest, but shift your thinking make them repairable, there is profit to be made in the parts market too. And repair shops, shipping and the whole gambit of things it take to do this.. 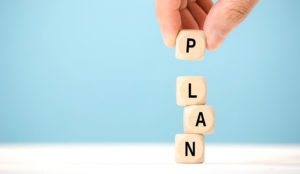 Coronovirus and the impact on the tech world 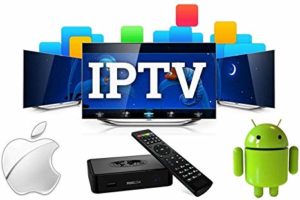 What is a VPN and do you need one?