The Uk is now in its thirds (or is it thosandth) national lockdown, so what can we do, there is no were to go out even if we were alowed to, so your stuck in your house thinking of things to do. What to watch may come to mind so we thought that you should have 5 suggestions of series to give a first look to whilst you have.. nothing but time on your hands. There are some golden oldies out there for you to binge your way through on netflix, amazon or a couple other services. 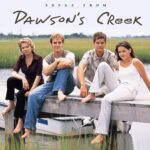 From way back in the late 1990s this is a teen drama worth a look if you want something harmless to put on. The series centres around dawson (hence the title) and his small band of friends whilst we follow him from high school through colledge and out into the world. The series starred James Van der Beake, Katie Holmes (pre Tom Cruise), Michelle Williams (Greatest Showman), Joshua Jackson (skulls),.. This is TV teen drama at its best for the era. Its now 23 years old and still holds up to the day. The first series is a bit of a slog it has to be said, the acting is not the best and the plotlines including the continuing plot are somewhat predictable but that is actually a good thing.

Back in the 90s you had to have seen this but there are many nowerdays that simply werent old enough (or sadly for me even born). Sarah Michelle Gellar got her start on the series as did Alison Hannigan (How I Met Your Mother). Buffy is the chosen one the one in all the world chosen as the slayer to kill all the bas things. Anthony Stewart Head is the watcher to help out along the way. over the 7 seasons we see buffy battle vampires, demons and demi gods… with a few laughs and kicks along the way. 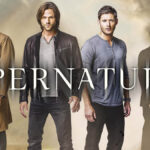 Supernatural is another in a line of series where we see humans chase demons and legends, we follow the Winchester brothers played by Jared Padalecki and Jansen Ackles as they hunt mythical creatures to avenge their family. Now i have to be honest here i have only watched season 1 so far but then thats why its on my binge list next. 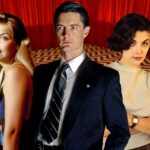 No binge list would be complete without this ultimately weird series, from back in the day, you follow the FBI agent through what can only be called a psycodelic trip of an investigtion into a single murder. After just a cople of episodes of this not too long series run you will be hooked. 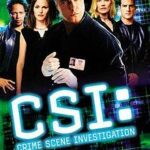 One on the list due to its sheer number of episodes, when you surpass the 300 mark you have to be doing something wright. Play this one form the beginning its ropey as heck pilot through to the modern day. Some of the procedures and discoveries are a little far fetched but they explain it so well you will be hooked, this one should see you out of lockdown with ease.