In the past few days there has been allot of chatter in security blogs and vloggs as whatsapp one of th emost popular messaging apps, put out (to some regions) an updated privacy policy, which users must accept to continue to use the service. So whats the fuss, well in a nutshell the new terms mean that the owner facenook will have all your details passed to them whenever you use the service, well as many as they can legally get away with. They can tell things like who, what why where and when maybe even being able to read the message. The reason of course is to make it so that facebook can tell what your doing, where you are and what your on about to serve you targetted ads. They will use every byte of data they can get a hold of to make money…

So what security are saying is that if you want to be properly private, end to end then whatsapp is no longer the way to go, nothing in there is fully secure. If you are happy with facebook knowing everything and we now mean everything then feel free to stay with them. Some people will no doubt, but if you balue any part of your privacy it is time to jump ship and move to something else.

Well there are a couple of choices out there that do the same as whatsapp (nearly) and the two that are in the news as viable alternatives are signal and telegram. Both of these services offered for free through play store or apple store. So which should you choose.

Well to us, and to many other security people out there you should really only use signal. Signal is an open source messaging service from the mozilla foundation, they are funded by donation so not motivated by profit. The service is similar to whatsapp they offer end to end encryption so the message is encrypted when out on the internet, the code is scrutenised regularly, and its not owned by facebook. To our knowledge the system is not monitored and there are no proximity code in it.

The alternative is telegram this one is not as bad as whatsapp but the feeling is that it is going to be commercialised at some point, there have already been some updates and a function to “detect nearby users” that have raised a couple of questions.

So the choice would to us be simple just get signal, its good and stable, yes they had a bit of an outage when Elon, decided to tell everyone about it but then what open service could honestly take a million users in a single hit! its stable again now.

What else will facebook do to whatsapp how far will the go, will then intercept messages and calls even… i dont want to find out. Already installed signal. 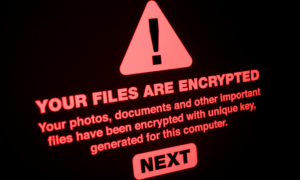